Calculation libraries can now be build using .Net Framework 2.0 through 4.5.1, and Visual Studio 2005 through 2013. The free Express versions are also supported. 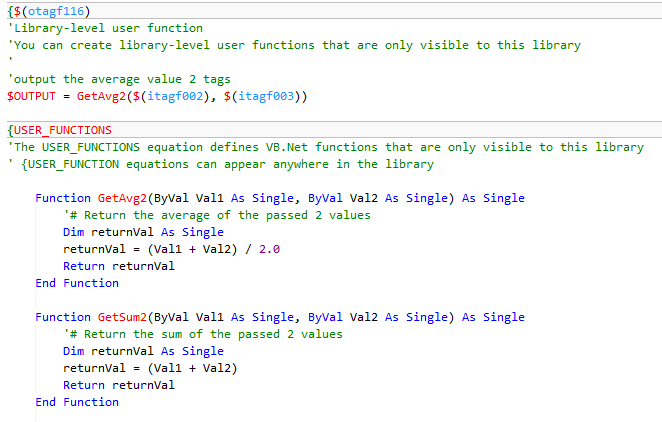 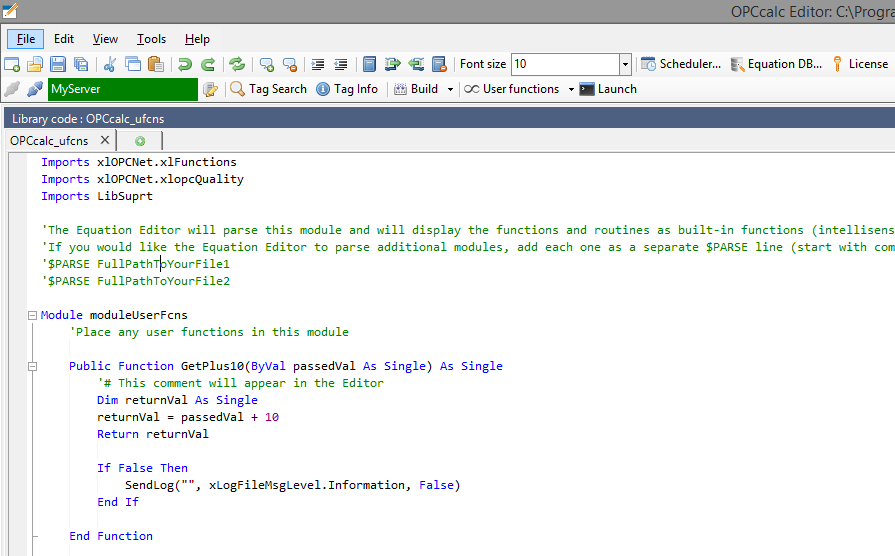 In previous versions, recalculation would cache all recalculated output values in memory, then delete/output after the entire recalculation period was processed. If an output tag value was read by another equation or called library during recalculation, the retrieved value was not correct since it was still in the cache.

A new option will perform recalculation without using the cache. Output values are deleted/written at the end of each equation for each recalculation interval. This is similar to the way a real-time equation library executes.