Calculation libraries can now be build using .Net Framework 2.0 through 4.5, and Visual Studio 2005 through 2012. The free Express versions are also supported.

Significant updates to the equation library editor including 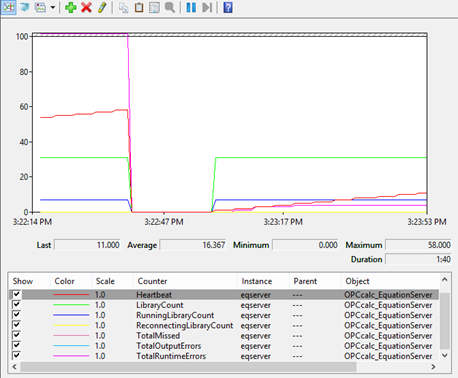 Users can now monitor the health of equations through Windows Performance Counters.

The OPC layer between OPCcalc and the OPC Servers has been updated. The new layer is .Net based and more efficient than the previous COM OPC library. The new OPC layer also supports OPCDA3, allowing OPCcalc libraries to write quality and timestamp to a DA-only OPC Servers (no OPCHDA) as long as the OPC Server supports DA3.